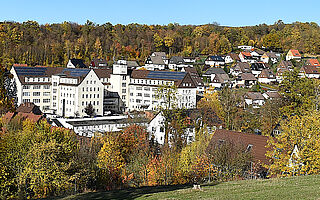 In 2015 we moved our company headquarters to Osterode am Harz in the OIB industrial park, district Freiheit.

Here we develop and produce our laboratory instruments on 1,300 sqm on the 3rd floor. A spacious laboratory for quality assurance and another service laboratory for contract measurements form the centre. All company divisions are still close to each other. The short distances enable direct and easy exchange between the departments. These closely interlinked and coordinated processes lead to optimal laboratory equipment and services for our customers.

In order to ensure the quality of our purchased parts, we purchase 99% of them from national suppliers. Precision mechanical components are manufactured regionally according to our drawings. Geographical proximity enables us to work closely together. 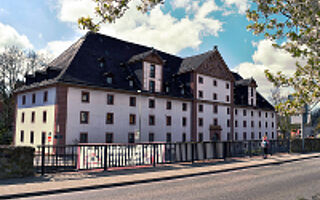 Osterode am Harz is located in the technology region of Hanover, famous for the Hanover Fair, the world's largest mechanical engineering trade fair. Osterode also belongs to the economic and cultural region "Metropolregion Hannover-Braunschweig-Göttingen-Wolfsburg".

The city of 24,000 inhabitants as the "Gate of the Southern Harz" presents itself with the wonderful karst landscape and the Sösetalsperre. Osterode is the starting point of the "Harzer Hexenstieges", a hiking trail of supra-regional importance, which leads on a length of approx. 100 km through some of the most beautiful points of the Harz landscape. As a crossroads of trade routes, Osterode was an important trading town and member of the Hanseatic League for centuries. The partially preserved city wall was built in the 13th century. The Osteroder castle - today ruin "Hohler Zahn" - protected the town and the trade route "Alte Harzstraße". One of the most impressive historical buildings is the Kornmagazin, which served to supply the miners in the Upper Harz with grain. The town hall has been housed here since the 1980s.

Today Osterode is a commercial and industrial location with over 40% of the employees in this area. Well-known companies from the chemical, plastics processing, medical and laboratory technology and mechanical engineering sectors are located here. 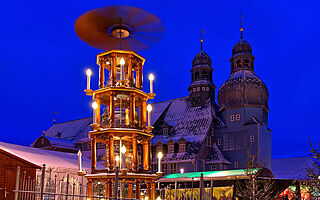 PSL Systemtechnik was founded in 1999 in Clausthal-Zellerfeld. Until 2015, the university town of 15,000 inhabitants in the Oberharz region gave us the space to develop and grow.

Clausthal has a long mining tradition. As early as 1775 the Mining Academy was founded here, which later became the Technical University of Clausthal. A long series of technical innovations was developed in Clausthal. One of the most important is the wire rope from 1834, which has become indispensable in the oil industry.

The renowned and in Germany only institute for petroleum research had its place in Clausthal. Today, the Institute for Petroleum and Natural Gas Technology continues Clausthal's traditional connection to the petroleum industry into the future.

Due to the proximity and the technical know-how of the Technical University, Clausthal became a city of 'hidden champions' and several small and medium-sized companies, which are market leaders in their field, are among the resident companies.